This page is about the content creator. For their SMP character, see Karl Jacobs/SMP.

To see their history and involvement in the SMP, visit Karl Jacobs/SMP.

Isaac (Tales from the SMP)

Ad for Karl's Love or Host 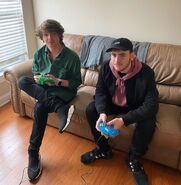 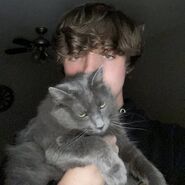 Karl and his cat Grey

Karl meeting up with Ranboo

Sean Jacobs, also referred to as Jimmy Jacobs, is the younger brother of Karl. Sean visited the Dream SMP through Karl's account on December 6, 2020. During his visit, he griefed George's house and built a house above it with the help of Quackity, Sapnap and Dream.