View source
watch 02:58
No Man's Sky Update - The Loop
Do you like this video?
Play Sound

Richard Tyler Blevins, better known online as Ninja, is a gaming YouTuber and Twitch streamer. On September 25, 2020, Ninja was invited for a visit to the Dream SMP by TommyInnit.

Ninja logged on with the IGN NinjaSimpsDream. Upon joining, Ninja explained his username saying that it was the only username Dream whitelisted and acted as an ecstatic fan after seeing Tommy.[2][3]

After Tommy retrieved Ninja from world spawn, Tommy showed an overhead view of Dream SMP from the top of Vape Tower. The two travelled down Prime Path where Tommy trapped Ninja in the Cuck Shed. Tommy also remarked that Jschlatt would be upset that he managed to trap Ninja before Schlatt could.

After trapping Ninja in the Cuck Shed, Tommy showed Ninja around his base before showing the entrance to Manberg. There, Ninja fell to his death, causing him to respawn at world spawn and requiring Tommy to retrieve him.

As they resumed their tour of the server, Tommy began getting upset over the number of people following Ninja and himself on their tour and asked Ninja if he could get Dream to tell the others to clear off. However, when Ninja spotted Dream, Ninja got very excited and began following Dream around, causing him to get separated from Tommy.

After finding Ninja, Tommy showed Ninja Pogtopia and went through the contents of the chest Dream left. After Pogtopia, they moved to Pogtopia and added Quackity to the call. The three met up in Manberg. There, Ninja fell to his death and bought drugs off Quackity in his stone alley structure. Quackity eventually renamed the alley to the Ninja Drug Alley to commemorate the drug trade.

Afterwards, Ninja and Tommy started retrieving wood for a house and visited The Eiffel Tower and Skeppy's House. Quackity then rejoined the call and helped the two build Ninja's house in front of the L'Manberg Embassy. After finishing the house, they met Wilbur. Wilbur led them to The White House, where Ninja met GeorgeNotFound, who he then married. 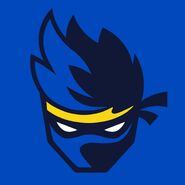 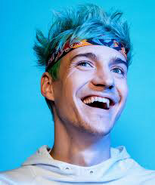 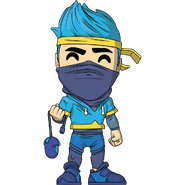