This page is about the content creator. For their SMP character, see Quackity/SMP.

Alexis "Alex" Malonado, better known online as Quackity (formerly QuackityHQ) is a popular YouTuber and Twitch streamer known for making a large variety of content including Discord talent shows and raids on popular games such as Roblox, Habbo, and Club Penguin. He joined the Dream SMP in August 2020 after TommyInnit suggested that he should be whitelisted to the server.

To see their history and involvement in the SMP, visit Quackity/SMP.

Advertisment for Quackity's Love or Host

Quackity and Karl Jacobs meet up

Quackity with Karl and AustinShow 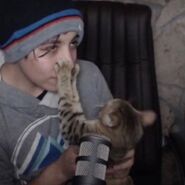 Quackity and his cat Tiger 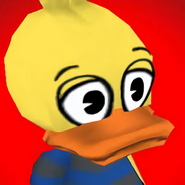 Quackity meeting up with Kristin and Philza