This page is about the content creator. For their SMP character, see Sapnap/SMP.

Nicholas "Nick," better known online as Sapnap, is a member of the Dream Team. He is a Minecraft gaming YouTuber who makes videos about plugins he and his friends have coded. He has been uploading on YouTube as of 2019.

Sapnap's original IGN was PandasCanPvP. The name change came from Dream recommending to switch the word "pandas " to be backwards, making "Sadnap. " Since that name was taken, it was changed to Sapnap, leading to his current in-game name.[5]

Sapnap met Dream on MCPVP in 2013 after Dream shared his Skype. Sapnap joined Dream's Skype, and through this, the two became buddies.[6][7][8] They have been friends since Sapnap was twelve years old and Dream was thirteen years old.

According to Sapnap, he met George on MunchyMC.[7] During George's stream on June 22, 2020, when asked how George met Sapnap, George said that he may have met Sapnap through a Minecraft server. However, George walked back and said that Dream most likely introduced the two, as Dream and Sapnap had met first, but he was not entirely sure.[9]

Beach (Tales from the SMP)

James (Tales from the SMP)

Mason (Tales from the SMP)

Rash (Tales from the SMP)

John/Ugly/Grievous (Tales from the SMP)

For the main gallery of images of Sapnap, visit Sapnap gallery. 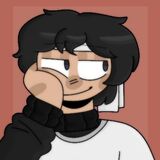 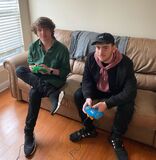 To see their history and involvement in the SMP, visit Sapnap/SMP.

To see their participation history in the Minecraft Championships, visit MC Championship.

For a list of videos from his main channel, visit Sapnap videos.