Dream Team Wiki
Register
Don't have an account?
Sign In
Advertisement
in: Pages with a spoiler warning, Timeline, SMP

< Timeline of the Dream SMP
View source
watch 02:52
Roblox: DeepWoken - The Loop
Do you like this video?
Play Sound
Spoiler warning:
The following page contains spoilers for the plot of the Dream SMP.
Fiction notice:
All banter and fighting seen in streams/videos are purely fictional and should not be taken seriously. It is highly disrespectful to send hate towards anyone so please refrain from doing so at any point.
Development notice:
This page is currently under development. Please be patient, as page development can take time. You can also help the wiki by expanding it.

After L'Manberg War is an era of L'Manberg growth and the establishment of the religion Church Prime. In addition, the Railway Skirmish and The Pet War also occurred. 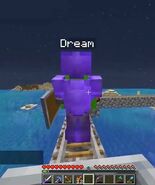 The beginning of the Railway Skirmish 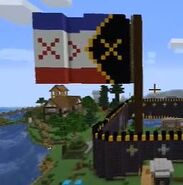